It is a common phrase we hear often.

But are really boys wired not to cry? Is there something wrong with boys crying?

It’s interesting to note that biologically, women are wired to cry more than men.

Ad Vingerhoets, Professor of Clinical Psychology (Emotions and Wellbeing), Tilburg University, The Netherlands, is noted for his research on crying. He has spent 20 years studying the topic.

According to him, the hormone testosterone plays a role in regulating emotional tears. Testosterone is said to inhibit tears while prolactin, a hormone found in women is said to promote crying.

But another study shows that however, in babies and young children no gender differences in crying frequency are found. Frey (1985) has postulated that boys and girls start to diverge in crying with the onset of menses in girls. But according to the study it has less to do with menstruation and more to do with empathy.

So, we can conclude there are biological factors at play for men being emotionally tougher and their hormones support them in less and less crying.

But in addition to their physiology, there are cultural influences preventing boys from crying and expressing their emotions.

Society sometimes perceives boys crying as weak and the boys who are told not to cry from a young age develop difficulty in expressing their emotions.

Now let’s see why should we let boys cry and how it damages them when tears are stopped forcefully. 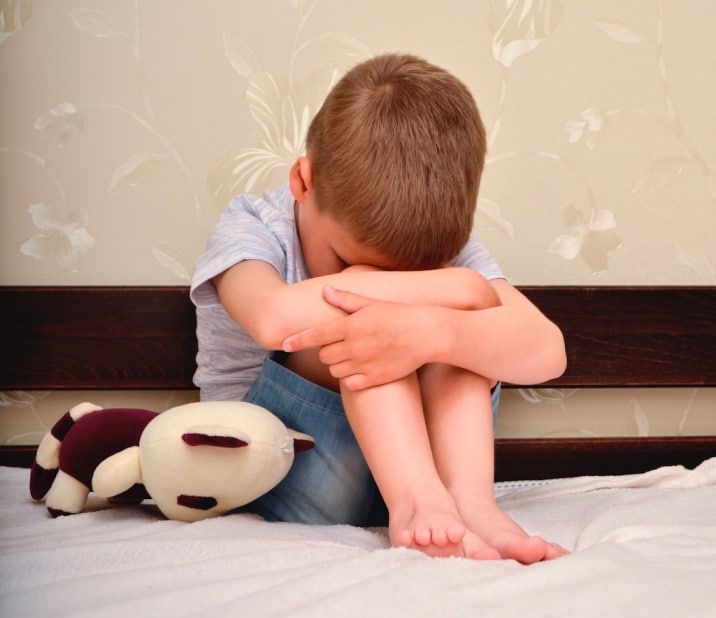 1. CRYING IS NATURAL RESPONSE TO PAIN

Crying is a natural human response to pain, frustration, and suffering. We cry when it is too much for us to hold the pain inside.

Crying helps to self-soothe and also helps us to receive comfort from others.

Have you noticed how our children hold their emotions in with others but burst out when they are alone with their caregivers?

It is because they are more comfortable with their loved ones and they can be themselves where they feel safe. Crying not only helps them to express themselves but also helps in getting the attention they need.

The truth is that boys have the same emotions as girls but telling them not to cry because it’s a girly behavior can lead them to suppress emotions that are natural to them.

By not being able to express a natural bodily response, they become incapable of staying connected to their inner world.

Later on in life, they may become incapable of expressing their emotions fearing judgment, and due to the pressure of having to appear “manly” and strong.

Suppressing one’s emotions may later lead to mental health issues too. And due to the stigma attached to seeking help, especially for men, it can have more serious consequences.

According to the CDC, suicide among males is 4x’s higher than among females. And male deaths represent 79% of all US suicides.

Could these numbers decrease if boys are encouraged to express their feelings from a young age?

Hence, crying should be treated as a normal response. Crying is our body’s natural mechanism to deal with the various emotions that we all feel as humans, irrespective of gender. 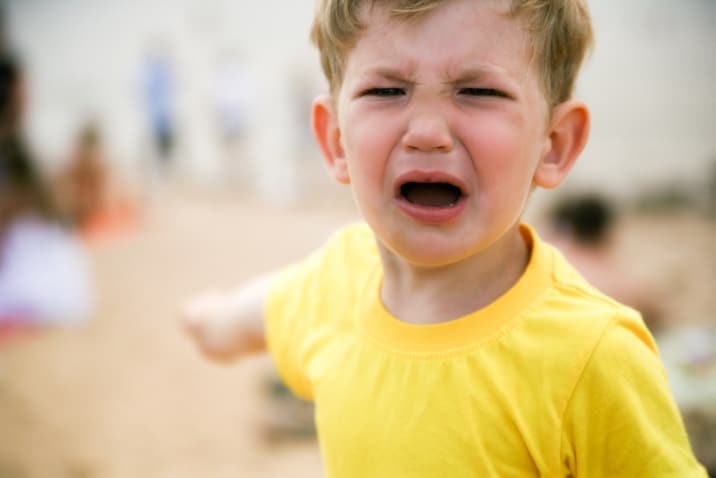 Our ability to shed tears or controlling them doesn’t exactly determine the strength we have. Our strength depends upon our resilience to cope with the problems we face in life.

Crying helps to soothe ourselves and produce happy chemicals called oxytocin and endorphins into our body which make us feel better afterward.

In fact, this release of emotions can help us to make us stronger to face our problems rather than bottling them all up.

Children, including boys, should be taught that being tough doesn’t mean you hide your emotions in order to act strong.

Real toughness is when you can feel all your emotions and then learn to cope with them. Instead of stifling their emotions, boys should be taught the tools to develop healthy emotional intelligence.

It should be our goal to teach them to express feelings constructively rather than not show feelings at all.

Crying doesn’t make boys weak but it helps them to become whole human beings. We need whole boys so that they can later grow up to become whole men who can feel compassion and empathy towards the people in his life. 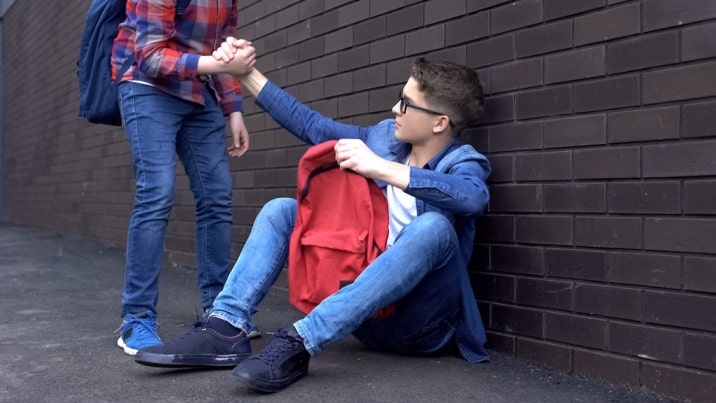 3. NOT CRYING CAN AFFECT EMOTIONAL DEVELOPMENT AND THEIR OVERALL HEALTH

We give so much stress on physical development. The same kind of importance should be given to children’s emotional development too.

This society wouldn’t have so many broken people if their emotional development was also taken into consideration while growing up.

These skills are necessary for them to grow into well-adjusted adults. When they cry, they learn to be in tune with their emotions and they learn the proper way of releasing it.

When they keep it bottled, it is harmful not only to their physical health but also to their psychological health.

In fact, a 2013 study by the Harvard School of Public Health and the University of Rochester shows that emotional suppression can affect cardiovascular health and even cause cancer. 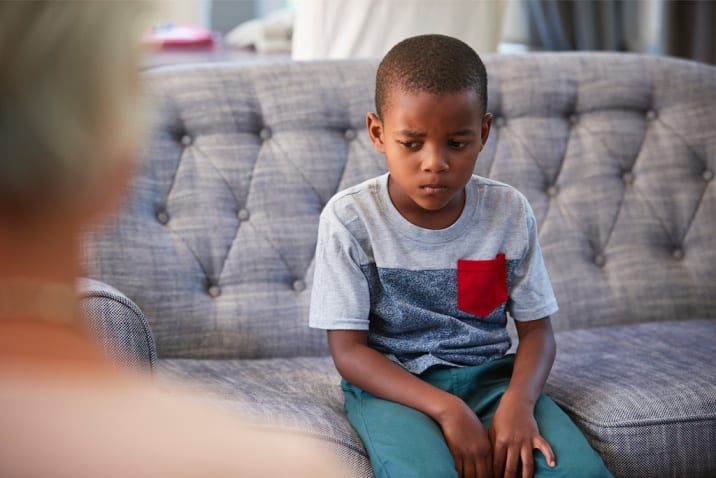 What we need to teach boys (and girls) is the proper release of emotions, no matter which one it is.

When it comes to emotional development, self-regulation is an important skill that should be taught to kids.

Self- regulation is the ability to take time between feeling and action. It is not healthy for our kids to beat others when they are angered by someone in school or by their spouse or colleagues in the future.

Self-regulation helps them to tolerate uncomfortable feelings when it’s inappropriate to express them, and that’s a very important skill.

Self-regulation also involves learning to self-soothe. Crying helps in self-soothing and releasing their emotions so that the suppressed emotions don’t cause outbursts later.

So let’s work towards a world where crying is accepted as normal as laughing. And a world where men can cry without feeling weak and vulnerable.

And also another thing to note is, not all men are “rough and tough”, there are sensitive men too. Every individual deserves to live in a manner that is authentic to their way of experiencing the world.

Let’s remember every parent can play a crucial role in making this change. 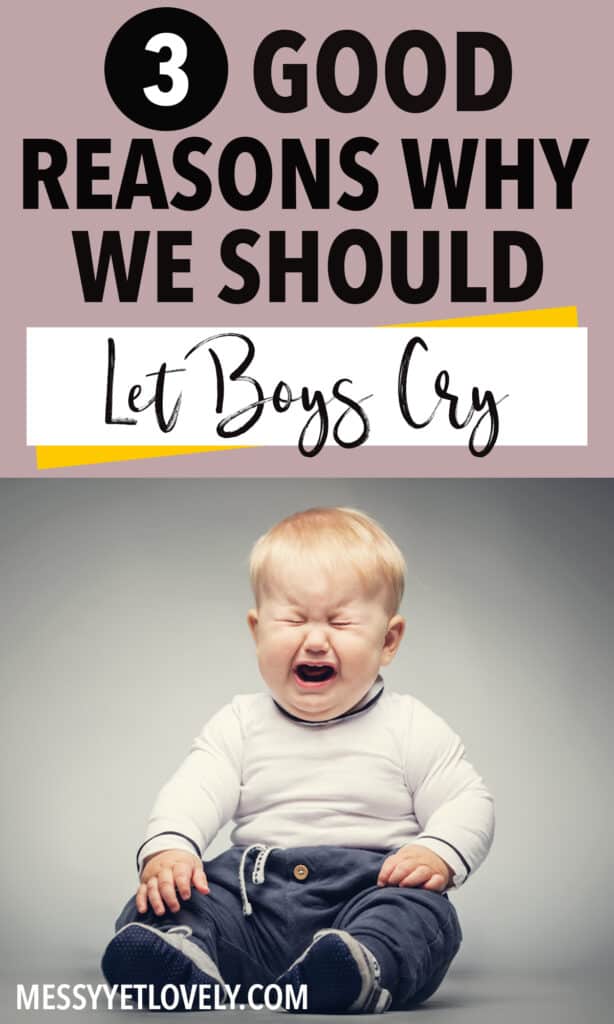 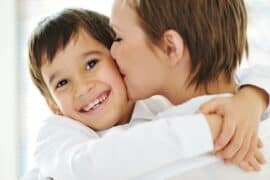 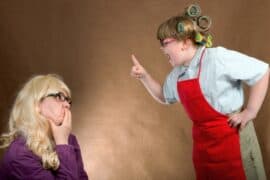 How to discipline a child who talks back 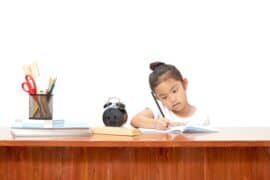 How to motivate a child who refuses to do homework (7 tips that work!)