Should I spank my child or not?

I see varying responses to this question in different parenting forums.

While psychologists talk about the ill-effects of spanking, some people say they were spanked as a child and they believe they turned out to be okay.

I think that belief leads many people to continue with spanking.

I have kids aged 8 and 5 and I do not resort to spanking for disciplining them, thanks to the parenting articles and books I read early on in my parenthood journey.

If you want to know whether it’s okay to spank your child, I would like you to take some time to self-evaluate.

Now to answer these questions.

1. WHY DO PARENTS HIT THEIR CHILD?

There are many reasons parents hit their children. 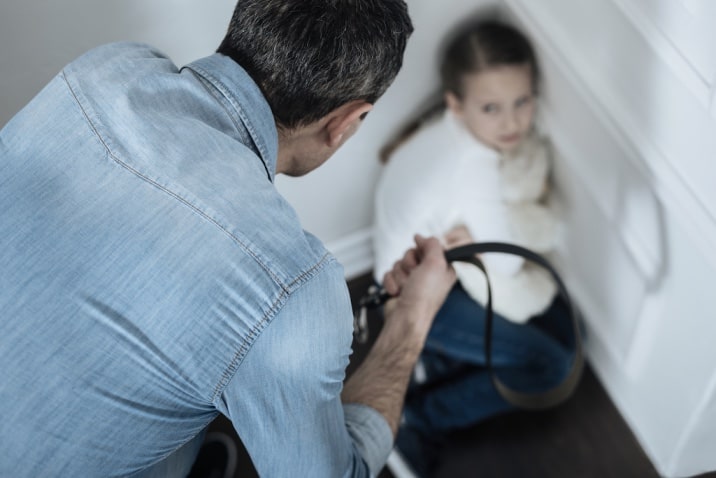 2. WHY DO SOME PARENTS BELIEVE SPANKING IS EFFECTIVE?

Since they are able to induce fear and get the immediate attention of kids, they believe spanking is effective. They believe they can teach kids a lesson through fear.

And also since such punishments cause pain, they think the lesson has more chances of being ingrained in a child’s mind. Since other forms of discipline take lots of patience and repeated enforcement, spanking seems to be easier.

3. HOW DOES A CHILD FEEL ABOUT GETTING SPANKED?

A lot of the time parents think physical punishment teaches children a lesson. But, in fact, children feel sad, angry and ashamed when they are spanked. They feel anger towards the parents and feel ashamed of themselves.

I still remember the day when I was hit by a teacher at school with a cane. The hurt and humiliation I felt at that time still boil inside me. I don’t even remember what my mistake was. But I only grew to hate that teacher.

So more than the act itself, a child may start to hate the person for hurting him, and in this case, it’s you.

Here is an article where children talk about how they feel when they are spanked.

According to experts, spanking can bring short-term effects but in the long term, it does more damage than good.

Here are the reasons why spanking is ineffective:

Parents sometimes hit children because they are angry at their behavior. So it teaches the kids that it’s okay to hit others when you are angry. The more they have to face physical punishment, the more there are chances of them hitting their peers, siblings, and even spouses as adults.

It’s not easy being a child. Children’s brains are not mature enough to think about the consequences of their actions. They also lack impulse control.

If you notice toddlers or even preschoolers, you can see that they live in the moment. They may not be able to think, “Mommy said no drawing on the wall, so I am not going to do it ever again”.

No! It doesn’t work like that. They see the crayon, grab it and draw a flower on the wall because they just felt like doing it.

This is why kids need repeated positive enforcement to learn acceptable behaviors.

When a parent hits a child, their own lack of emotional regulation is exhibited there which teaches a child a no good lesson.

What children need is a parent who can help them understand their emotions, connect to them with empathy, and offer comfort and guidance.

I know It is hard to control your own emotions when your child just did something that makes you furious. But just think for a moment.

How do you usually feel AFTER yelling, spanking or any other violent behaviors?

If you don’t feel good, it’s a sign that you need to work on controlling your emotions even though it’s hard.

And by doing this you are also teaching your child better behavior and at the same time preventing the passing of the same behaviors to the next generation. 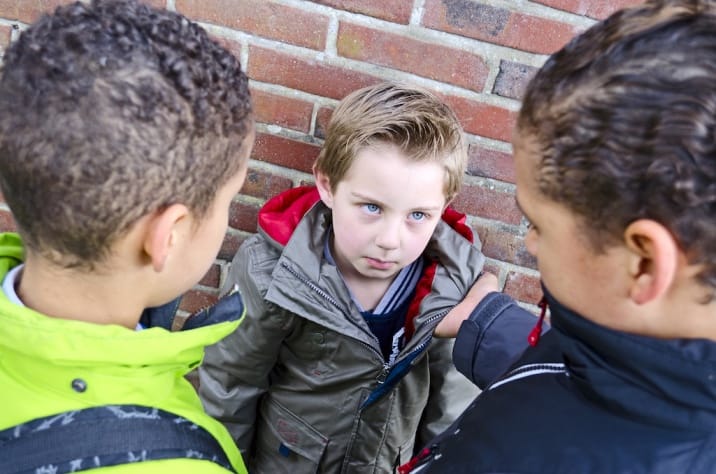 Contrary to the belief that children need to learn their lesson or else they will be spoiled, spanking is ineffective.

Because children don’t need to learn a lesson. Instead, what they need from a parent is guidance, love, and emotional support when they do something wrong. That will pivot him in the right direction.

When we spank a child, he goes into a self-defense mode because of the physical hurt as well as the shame. Whatever message you pass to him during this time doesn’t get conveyed to him.

Because, for him to learn a message, you have to first establish a good relationship with him. Fear-based learning is not effective because in the future it can lead to lying and secrecy.

And also, when a child is spanked, he feels immense shame and anger. This can, in fact, make many kids find ways to get back at you. When you try to instill a lesson in them forcefully, many times it leads to more resistance.

The fear of getting spanked may help in good behavior for the short term, but as it is based on fear, the child may tend to hide his actions because of the fear of the consequence.

It affects his sense of safety and also the communication between the parent and the child. What if he makes a serious mistake one day? Wouldn’t a parent want to know about it and guide him on the right path?

And also, when there is a great relationship with parents and children, they automatically don’t like to displease you. So that leads to good behavior.

Think about it. Imagine the face of your favorite person in the world. Don’t you like to put a smile on their face whenever you can? Do you ever like to hurt them?

It’s the same with kids. When there is a great connection between you and them, there is mutual respect and empathy.

Now to answer the fifth question.

5. DOES SPANKED KIDS TURN OUT TO BE FINE?

Many parents, especially the older generation who were spanked as kids support spanking because they don’t see any aggressive behavior or other problems in themselves due to spanking.

According to Justin Coulson, an Australian parenting expert, and a bestselling author,

Studies show that the availability heuristic is a cognitive bias that can cloud us from making accurate decisions utilizing all the information available.

It means a person is judging the frequency of events according to “what he knows or what he has experienced” rather than from the scientific evidence available.

And different people react to trauma in different ways. Two children from the same household growing up watching an alcoholic father can be influenced in two different ways.

One may grow up being averse to alcoholism and never touch it, while the other child may follow the father’s footsteps. How a person turns out to be has a lot to do with his own mindset, beliefs, resilience and the guidance he receives.

And therefore, how trauma can affect someone cannot be predicted.  Some children may grow up suppressing their emotions, while others may become aggressive.

I also doubt whether the people who say they are fine, have trouble relating any of their mental health issues to their childhood.

I know, because I have severe anxiety issues that I can now track back all the way to my childhood because my little problems at that time were not understood by anyone. And also I didn’t know how to open up about my feelings and emotions.

I was not spanked, grew up in a loving home, but still experience mental health issues because my emotions were not talked about.

And spanking does the same. It doesn’t give you the opportunity to connect with your child and deeply understand his problems.

If only you can talk to him, you can understand the driving thoughts behind his actions and only then you can give him the right guidance. 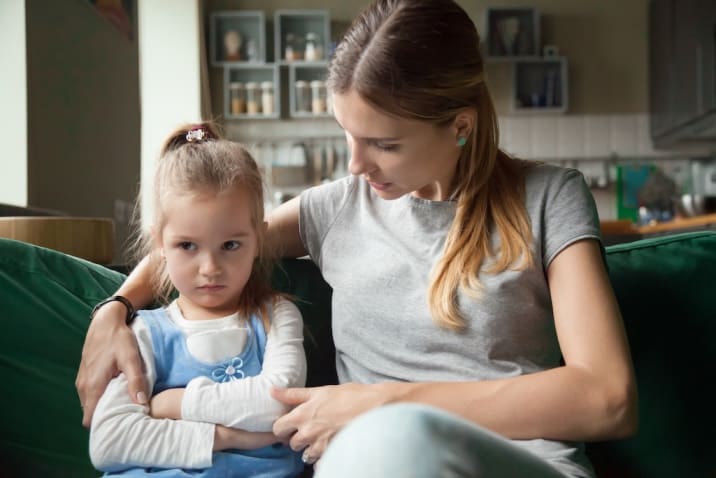 WHAT ARE THE ALTERNATIVES TO SPANKING?

It is possible to discipline kids effectively without using physical punishment.

Effective disciplining requires a parent to establish a connection between the parent and the child.

Kids do not wake up in the morning thinking “I want to make my mom angry today”, or “I am in the mood to get a beating today”.

There is a driving belief behind their behavior. And when we focus on those beliefs instead of focusing just on the behavior and punish it, we are missing out on understanding the reasons behind bad behavior.

If it is an unmet need (not getting enough quality time with parents, hungry, sleepy, bored, etc.), does spanking solve the problem?

It only adds to it.

Physical punishment is like putting a band-aid on a wound that is the result of an internal infection. It will keep showing up until you go inside and find out why there is an infection in the first place.

But when we are used to the conventional discipline techniques, it can feel hard to stop it. But please know that parenthood is not about being a perfect parent and having perfect kids.

Sometimes due to my own programming and human imperfections, I have my share of bad parenting days too. Even though I don’t spank my kids, I sometimes feel that I can do better in connecting to them and control my anger when they are not behaving at their best.

So I go back, apologize if needed and do the needful. My goal is to make sure I take two steps forward whenever I take a step backward.

And talking from experience, when you keep trying, you do get better at remaining calm and handle the situations with more empathy.

Whether to spank a child or not comes down to how you feel about giving respect to others.

We all are imperfect beings and we all make mistakes. How would you feel if your spouse beats you whenever you make a mistake? Would you take it happily?

Children are human beings too. They deserve every ounce of respect like we adults think we do.

To me, inflicting physical pain on another human being who loves you unconditionally is telling them that they don’t deserve respect and love back. Period.