As parents, we sometimes don’t quite get why we have to repeat certain things to kids a hundred times and they still don’t understand it.

We think it is “disobedience” or they are being stubborn.

Understanding children’s brain development can help parents to understand the underlying reason behind their behaviors, which will help us to support them and be more empathetic towards them.

Approximately 90% of a child’s brain size is developed by age 5. But do you know when a person’s brain becomes fully developed?

The brain develops in a back to the front pattern, and the prefrontal cortex which is located in the frontal lobe of the brain is the last one to develop.

Recent studies show that an adult thinks with the prefrontal cortex whereas teenagers think with the amygdala.

WHAT DOES THE PREFRONTAL CORTEX DO FOR KIDS?

The prefrontal cortex, which is situated in the frontal lobe of the brain, is the brain’s rational part.

This part plays a role in making decisions based on good judgment and it also helps to think about the long-term consequences of actions.

Even when a child reaches the teenage years, as the prefrontal cortex is still developing, they take decisions based on emotions more since their brain is not developed enough to think about the consequences.

The other functions of the prefrontal cortex include:

I think having a little bit of knowledge about children’s brain development is beneficial for parents in understanding them better.

And when we can understand their behaviors better, our responses can be modified, and thus we can become better parents and develop a stronger relationship with kids.

So let’s dive into more facts about prefrontal cortex development in children and how it affects their behaviors.

1. THE DEVELOPMENT OF PREFRONTAL CORTEX IS COMPLETED AT AGE 25

Studies show that the brain undergoes a “rewiring” process that is not complete until approximately 25 years of age.

According to some sources, the development of the prefrontal cortex can take up to the age of mid-twenties.

Now that I know it, it makes so much sense when I think about my actions in my teenage years and I also get why my kids act the way they do.

2. AN UNDERDEVELOPED PREFRONTAL CORTEX MAKES SHARING DIFFICULT FOR OUR KIDS

Even though children gradually learn that sharing and being considerate of others’ needs are considered acceptable social behaviors, scientists have found that they often do not develop sharing skills for a long time.

They lack the sense of empathy and the impulse control required to willingly give up what they have.

But so many parents expect kids to share their belongings and label them as “selfish” if they don’t.

Imagine the psychological damage it must be causing in them!

In a study, led by Ernst Fehr at the University of Zurich and published in Nature, it was found that among the children of age 3 and 4, only 8.7% of children in the sharing treatment chose to give another child they knew one of the pieces of candy.

So according to this study, children are more likely to share as they become older, that is, as their brain development continues. 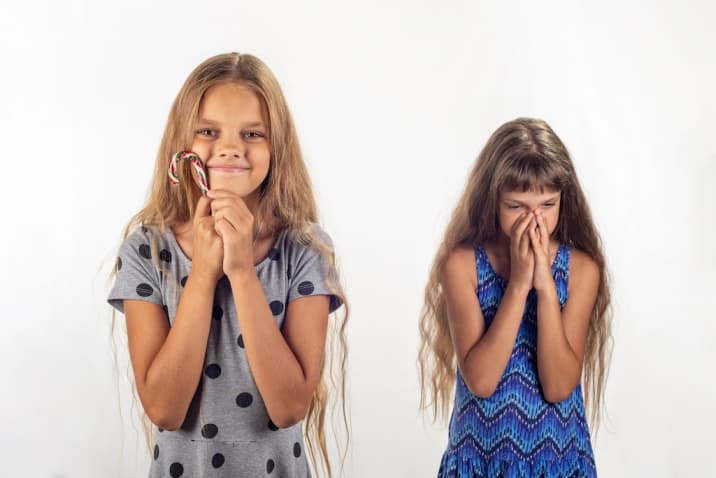 Developing self-control is important for us to succeed. And the prefrontal cortex plays a role in impulse control as well.

But it doesn’t mean you have to wait till you are twenty-five to learn impulse control. We can help kids develop impulse control with delayed gratification, consequences, through behavior modeling, and with practice.

But what this shows again is we do not need to lash out at kids for their impulsive behaviors. The ability to suppress urges comes with practice.

Instead, what we should show is compassion and the patience to teach and guide them.

Children often make poor decisions, and that can be blamed on their immature brains.

They are not out there to want to be in the bad books of parents by repeatedly doing the same misbehavior.

The ability to analyze previous consequences and making future decisions based on those mistakes may not come easily for kids. That’s why kids repeat the same behaviors even though they have experienced the consequences.

You can try to recall the dumb mistakes you made in your teenage years as proof. 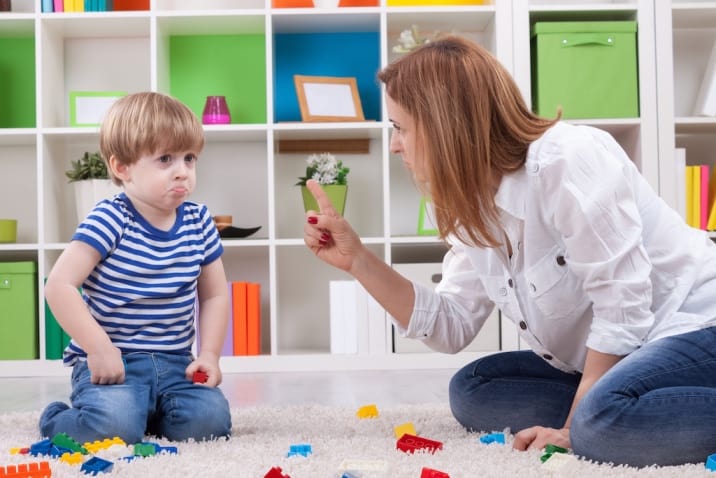 5. IT IS HARD FOR KIDS TO SWITCH BETWEEN TASKS

A study on the role of the prefrontal cortex shows how it is involved in the ability to switch between tasks. Though it is not the only part of the brain involved in task switching, it still plays a role.

It is harder for kids to switch between tasks especially if they are immersed in an activity that they love.

The transition from one task to another is harder especially for kids with ADHD, autism, and sensory processing challenges.

Your child may start a temper tantrum or have a meltdown when you call them for dinner if they are watching Youtube.

It is because they have a hard time switching and they lack the emotional control to do it.

But, again you can help kids in transitioning using different techniques.

The prefrontal cortex helps in expressing strong emotions verbally and since it is still underdeveloped, they feel overwhelmed and can throw temper tantrums and have meltdowns.

And since they don’t know how to deal with it, we see emotional explosions.

So now that we know these facts about the brain development of kids, let’s see how we can benefit from it.

HOW TO USE THE KNOWLEDGE ABOUT CHILDREN’S BRAIN DEVELOPMENT SUCCESSFULLY

Studies show that the development of the brain is influenced by a lot of external factors like heredity and environment, prenatal and postnatal insult, nutritional status, sleep patterns, pharmacotherapy, and surgical interventions during early childhood, physical, mental, economical, and psychological stress, drug abuse (caffeine, nicotine, and alcohol), sex hormones, etc.

So what role as parents we can do in helping kids develop successfully?

When kids have a hard controlling their emotions, remember how we learned that it is hard for them to understand their feelings and needs, and express them verbally. So, we can try to view things from their perspective and empathize.

eg: I know it’s hard for you to stop reading the book now, will five or ten more minutes be enough, so that we can have dinner?

Stop viewing emotions as a negative thing and let them have their place. Having intense emotions is not the problem, but the lack of ability to control them is.

We can teach various emotion control techniques like breathing, counting from 1 to 10, mindfulness, walking away from the room, punching a pillow, etc. to help kids develop better emotional control.

Related: 3 valid reasons why we should let boys cry

Instead of grabbing every opportunity to solve problems for them and be a “good” parent, help them to think for themselves. Help them develop a growth mindset and use every opportunity for problem-solving to teach the skill and develop independence.

One skill you can never have enough of as a positive parent is patience. When kids have big emotions and show all the problematic behaviors that obviously point out to their lack of a fully developed brain, be there for them.

Kids learn a lot from imitation. So learn to be calm (count from 10 to 1, if needed) as much as possible when they are exhibiting these behaviors and also when you are going through your own frustrating moments.

Kids learn a great deal of emotional control from parents. 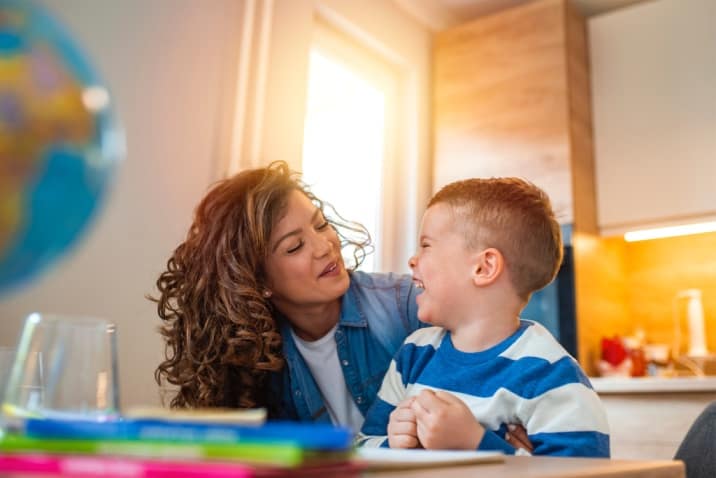 Teach kids the value of hard work. If they want to buy something, instead of instantly swiping your credit card, help them to save money for the purpose.

When they get to learn the values of waiting and buy things with their own effort, they learn patience instead of expecting to receive everything instantly.

Related: How to raise a grateful child instead of a complaining one

Instead of worrying “why is my kid like this?”, try to go deep and understand the underlying reason behind their behavior.

When you learn more about the psychology of kids, you get to understand if your expectations are wrong.

You can change your expectations and be calm about it thinking, “oh it’s their age, it will pass” or become more intentional and help them with appropriate tools and strategies.

As they say, “you don’t know what you don’t know”. Many of the answers to our parenting frustrations can be solved by reading good parenting books, attending seminars (online/offline), taking courses, or by reading informational blogs.

Ultimately, this helps us to become better parents and raise kids who are emotionally healthy. Let learning never stop! 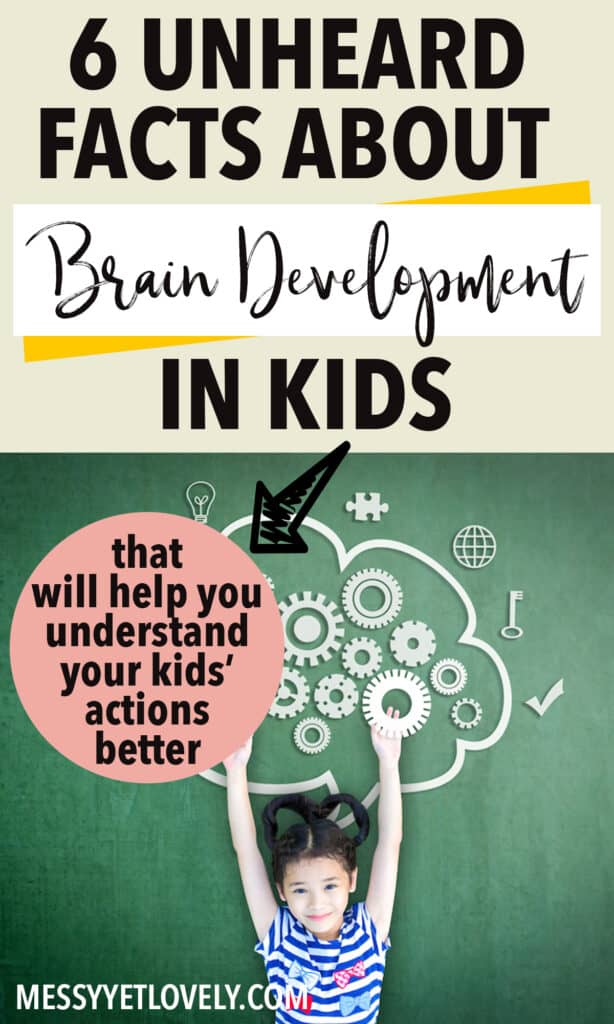